Should you nudge your users into better behaviour, a small microaction at a time or do you need large sweeping changes to change behaviours?

This debate seems to have gone on for decades, in all manners of locations, from healthcare to technical architecture, economics to the adoption of devops.

I tend to favour the former, preferring to use nudge economics to slowly change direction for teams, but recognise the need for the latter sometimes.

But it seems like sometimes people are zealous adherants of a certain method and refuse to acknowledge that the other way might work.

In the conversation around password complexity, nudge zealots argue that by reducing the complexity of passwords, you increase the ability of users to remember them, and create better user behaviours for password hygiene. Whereas some people yell that decreasing password complexity even with increased length decreases the overall entropy in the system.

Due to my background, I’ve always likened this to the problem of Path-finding in AI in computer games, and what’s called the hill climbing problem.

In this system, we have a map which has varying elevations, green being lowest and red as the highest. 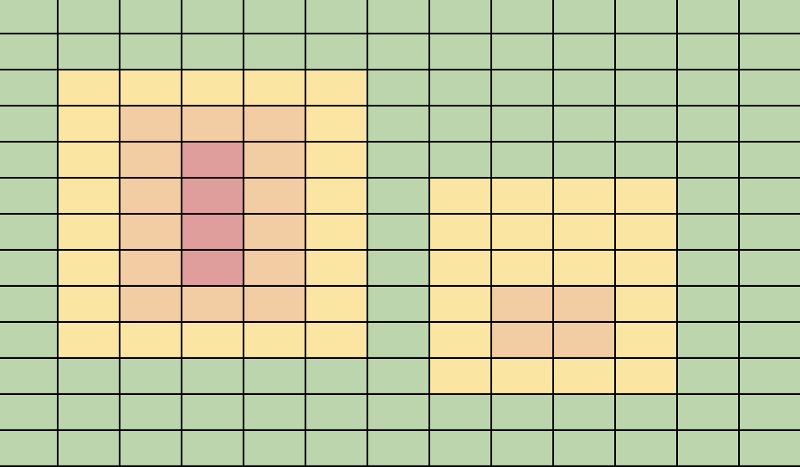 A map with some hills

A very simple algorithm is to look at the neighbouring cells and if you find cells that are higher than you, you can go there, if not, pick one of the cells at random and go that way. 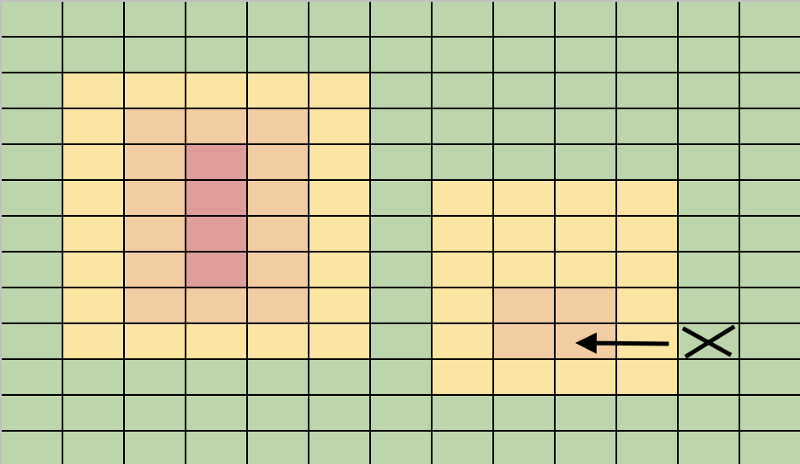 A better algorithm might be to search the map for the highest point, and flow down hill as much as possible while reducing the distance from the current point to the start point. This would result in this map 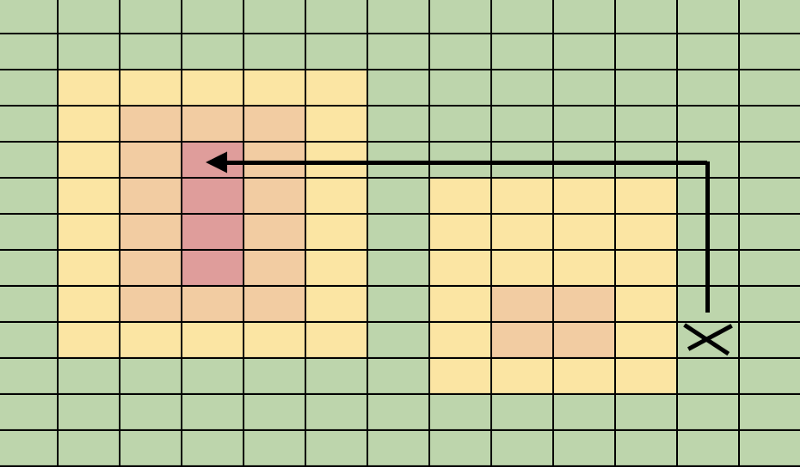 I view nudge actions as very similar to the first algorithm. They’ll get you so far, and will get you moving. They’re easy, efficient and simple. But they wont get you to your ultimate goal.

The strategic route takes more effort, more time and more thought, but it will get you to your ultimate goal in the end.

But really you need both practices in your toolbox, you need to be able to action immediately, and nudge your team to better practices, but you also need an eye on the strategic options open to you and know when to take more severe action.

[This blogpost is part of an attempt to blog once a day for the entirety of November (#NaBloPoMo), inspired by Terence Eden. This series of blogposts are therefore unedited and written on the day. Errors and Omissions Excepted]